My name is Rob J Heran, I was born in Prague, Czech Republic in 1981, and I’m a professional Freeride mountainbiker.

When I think back to how I got into riding, I have to say that I’ve been fascinated with bikes since I was siting in my ketcar at the age of five. I remember loving the shadows on the ground as cyclists passed me. I instantly fell in love with this smooth, fast way of moving forward. From that moment I knew that all I wanted to do was ride bicycles. One day, my sister took me to the park with my mom’s foldable bike, I sat on it, my sister gave me a push and I pedaled straight away. It took me 15 minutes to get my first flat tire when I cased a curb. 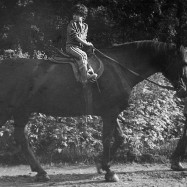 A year later, my mother, sister and I moved with my stepfather to Germany. My mother suffered from cancer and we had more hope for her with German medical care. But any help came too late. My mom died at the young age of 37. I was 8 years old. 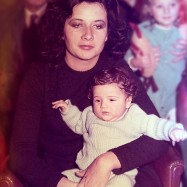 My whole world turned around. My stepfather was very aggressive, but luckily my school and the youth welfare office noticed this before it was too late. I moved into an orphanage in the age of 10.

No child chooses to live in an orphanage. Even though I knew that this was the best and only option I had, I often lashed out in frustration. I needed some way to let off steam, so I did a lot of gymnastics and many different kind of sports with the other kids. There was always some sort of competition going on between us. The younger vs. the older kids, the boys vs. the girls and the endless battle against the adult child care workers. I learned how to deal with many uncomfortable situations at school and in the orphanage. I am very thankful for life lessons learned, and everything this place offered me and kids like me, and still does for many today.

A few years went by and I remembered that I still had my old and broken BMX in the basement of my old flat. I asked the caretaker to help me fix it. In no time I had a bike to cruise around on again and even more important – a direction in life. I dreamed of becoming a pro cyclist.

To get there I needed a proper bike. It was the 90’s, the big boom years of Mountainbiking! In 1994 I held my first BIKE magazine in my hands. I wanted to own a mountainbike more than anything else. So, I started to work after school and during the holidays. I worked as a paperboy, as a lagger and as a dishwasher at my sisters restaurant to save some money for a bike.

When I was 15 I had collected enough money to buy myself my first MTB. It was a Mongoose IBOC (International Bicycle Of Champions) Zero-SX. It was a beautiful blue steel frame, the wheels had skinwall tires, and Mongoose was the brand of the two current worldchamps, Brian Lopes and Leigh Donnovan. I spent every day riding this bike on the local singletrack, or in the city and skatepark, learning how to jump. I lost interest in all the other sports I did before. All I wanted to do was ride, explore and do further and further trips from my town. 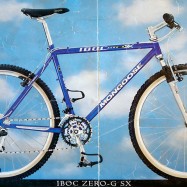 A good local bike shop, MTB-Inn, re-opened in a new location near my place. I ran into the shop to see their amazing bikes, and met the owners Herry and Rosi. From that first day they were lovely people, offering me my first small jobs at the shop. In the beginning I did some work around the house and later I cleaned up the customers‘ bikes or refilled the shelves. In between choirs I watched how they sold bike products and took care of their customers. I also learned quickly how to repair and build up bikes in their workshop. In this time I learned everything about bicycles. I did not get paid with money. Instead I always worked for new parts to upgrade my bike.

A year later I stood at the gate of my first Dual Slalom race. In qualifying I ended up with a broken fork… But Herry and Rosi helped me out and loaned me a shop demo bike for the finals. From then on I was fully committed to racing. Every weekend I packed a big backpack, my tent, a sleeping bag, camping stuff, all my riding equipment, and bought myself a weekend-train-ticket to travel all over Germany to the races. It was a great time. I met all the Idols I knew from the pictures in the magazines during my youth. I made many new friends and became part of the dual slalom racing scene. I loved those weekends and so I got better and faster. 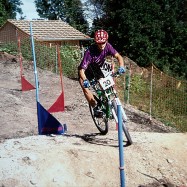 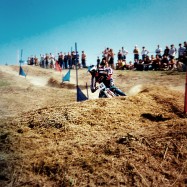 In 1998 BIKE magazine did their first BIKE Youthcamp at the DH Park in Todtnau. This program for kids aged 11 to 16 years was just what I needed to become a better rider. I joined a one week summer camp and had the chance to ride with all the pro athletes. I learned so much about riding in that week – it was amazing! The photographers and pro-riders saw my talent and gave me the chance to ride a real DH bike for a day. They took some pictures of me riding and jumping that bike. In the next issue of BIKE Magazine I had my first half page photo ever in a bike mag… 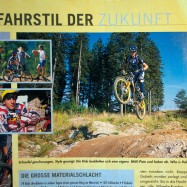 When I was 16 I moved from the orphanage into my own flat. After I finished school in the age of 18, I started an apprenticeship in an office. By that time I had started to collect some good race results and a few first sponsors. Marin was supporting me with bikes for a year and later Nicolai hooked me up with some great bikes as well. The apprenticeship was good for me, but three years there were enough to learn a very important lesson…what I dont want in life; sitting in front of the computer every day, dealing with authority. I felt like „real life“ is waiting for me outside those windows. Real life was on the weekends, out there racing with my friends. This was my motivation to finish my apprenticeship well and move on to a life on two wheels, living the weekend life every day. 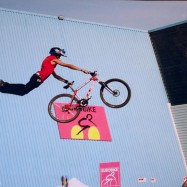 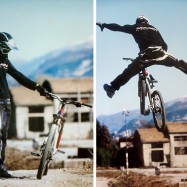 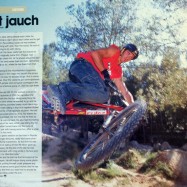 I sold everything I didnt need, bought an old VW Van on ebay, moved out of my flat and lived on the road. My friend Tibor Simai gave me the chance to live at his place in Munich for a few months. I took it, and moved to Munich to be closer to BIKE magazine and to train with all the other pro riders. Quickly I ran out of money. I had to sell my bikes, my helmets and some riding gear. At this point I was with nothing but a young man with a dream. Going back to my old job was never an option, but I had to find a way out. I started to work as a barkeeper in a Munich restaurant. I made good money, and soon I saved enough to buy a ticket to escape the German winter in Cape Town, South Africa. I asked BIKE magazine if they would lend me a bike for that trip, promising to come back with some amazing pictures. They gave me a Specialized BigHit and I went for my first big journey to the Cape of Good Hope in the winter of 2003. 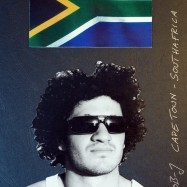 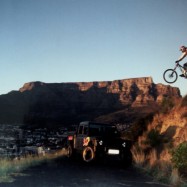 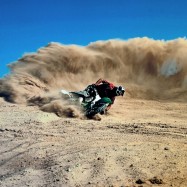 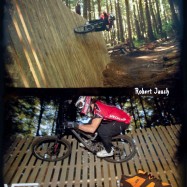 After three intense months in Cape Town I came back to Europe with my last 50 Euros and a book full of stunning riding pictures produced with Chris Blecher and Cape Town’s local photographer Craig Kolesky. The magazines were blown away and I had prospective for great coverage. However, aside from my money issue, I had another problem. I wanted to keep this bike and I needed a job. So I visited Specialized at the Lake Garda Bike Festival, and asked for a sponsorship and a job. I showed them my book, the photos, and results in my years of racing and dirt jumping. 20 minutes later I had my first full time sponsorship deal and a marketing job for Specialized. I was in charge of all the events! I started Specialialized Bicycle University in Europe (SBCU), and travelled all over Europe to present new products to the dealers and take them for rides. This work was such a good experience and I had a lot of fun doing it. But on the other hand, I spent less and less time on my bike and I did not see myself in a full time marketing position yet. 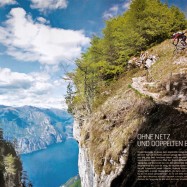 That was the point I made my own print-magazine, called Pancake mag. „Pancake“ was the first ever trick on a BMX – lay the bike flat like a pancake – like todays Table-Tops. With the help of some friends, photographers and a lot of financial risk of my own, I presented the mag at Eurobike 2004, giving two thousand free copies away. It was a high quality mag and the scene was ready for something like this, but not the industry. I didn’t have a chance of financing the next three issues by myself – so I made only this one issue of my mag. Somehow though, it was a much needed kick in the ass for existing media, and from then on new bike magazines with big publishing houses behind them started popping up. 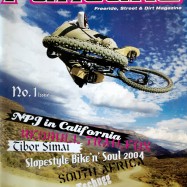 I set my focus back on riding and got an offer from Rocky Mountain. I left Specialized after a year and started to ride for Rocky with the Frorider Crew in 2004. I focused on slopestyle and dirt-competitions, travelled around the globe to ride the main events, gathering some good results as I went. I progressed a lot, learned many tricks, earned some short time glory and paid the price with injuries. I also went on more and more adventure trips, building my own jumps and stunts in remote places. I made it to a lot of camps as well, and started coaching at the Youthcamp. In 2006 I earned the chance to give new life to the Youthcamp by organizing future sessions. 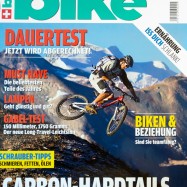 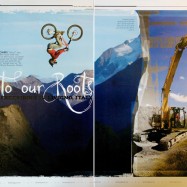 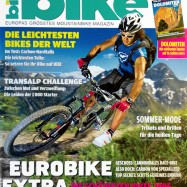 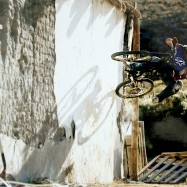 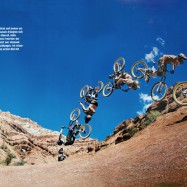 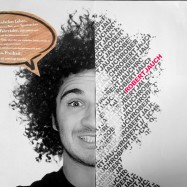 In 2008 I made the move from Rocky Mountain to Canyon bicycles. I always wanted to get more involved in product development and testing, and in Canyon I found the ideal company to work with. The fact that they are based in Germany made things a lot easier too. 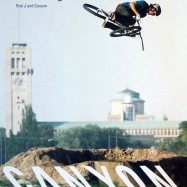 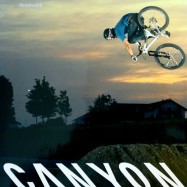 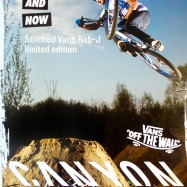 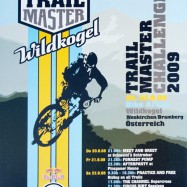 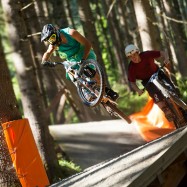 Today I can honestly say, I am truly living my childhood dream. I couldn’t be more thankfull for all those years. This sport took me to places I would have never dreamed of. I met so many amazing people on my journey, and I wouldn’t trade a second of it. When you live for your sport, you also learn a lot about your body, about a right and healthy way of living, and a sense of balanced life, training, and nature.

There’s a lot more to come, many more places to explore and dreams waiting to be lived…and now everything is even more exciting for me…as the proud father of my son Ruben.

In 2012, my life story was put on film by the Bavarian TV station BR, for their „Lebenslinien“ documentary movies. A forty-five minute film by Andrea Asch called: „Fliegen ohne Flügel“ (flying without wings). You can watch it here.

In closing, I would like to thank for their ongoing support:

… and everyone who supported me in the past. 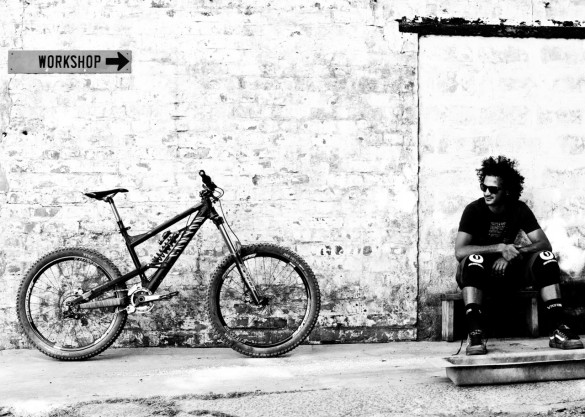